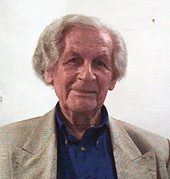 Prof. Dr. E. Kuno Beller (1919-2010) was born in Vienna in 1919 and studied psychology at the University of Iowa. In 1948, he received his PhD with a dissertation on Dependency and Dependency Conflict. From 1948 to 1952, he taught psychology at Indiana University, Bloomington, where he led the university’s child clinic. From 1952 until 1963, he led the psychology department at the Child Development Center, New York. From 1963 to 1980, he was professor of psychology at Temple University in Philadelphia, where he designed his Developmental Charts. At Temple, he also led the developmental psychology lab (1965-1980) and the department of developmental psychology (1966-1973). In 1975, Kuno Beller began teaching at the Freie Universität Berlin in Germany. In 1978, he became the head of the university’s new department for early childhood education. He expanded the Institute for Early Childhood Education, which he led until his retirement in 1993.

Kuno Beller developed the “Berlin Model of Early Childhood Education.” The model is based on the idea that educational experiences should be individually tailored to meet the individual child’s developmental needs. It seeks to translate this idea into practice by training educators to use methods that stimulate development and by using his Developmental Chart. The effectivity of the Berlin Model of Early Childhood Education has been empirically tested in large projects in Berlin and Munich and thus has a solid scientific foundation. In formulating the model, Kuno Beller “made an important contribution to a field fraught with ideology, making it accessible to rational scientific discussion and promoting concrete pedagogical practice in line with its aims.” (Tietze, 1996, p. 7)
After his retirement and up until his death in September 2010, Kuno Beller was involved in multiple research projects on early childhood education and teacher training.

We use cookies to personalize content and ads to offer features for social media and analyze the hits on our website. We also provide information about your use of our website to our partner for social media, advertising and analysis continues. Furthermore, purely technical cookies are used to ensure the functionality of the website, these cannot be deactivated.
AcceptDenyDetailed Information